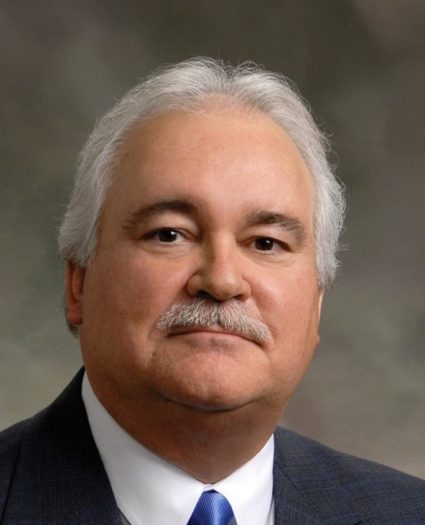 Phillip Parker is the President and CEO of the 2,200 member regional business trade association, the Dayton Area Chamber of Commerce.

The chamber has been accredited since 1995 and with 5 stars by the United States Chamber of Commerce in 2005, 2010 and again in 2015, which established it as one of the top two percent of all chambers in the nation. The organization is among the 25 largest in the country and was named the “Nation’s Best Chamber” for 1998 – 1999. The chamber focuses on business and economic development, legislative and regulatory issues and other business support services for its business members in the 9-county Miami Valley region.

Phil, a long-time Dayton-area resident, has been very active in the community for over 40 years, averaging more than 600 hours a year volunteering in leadership positions with many local not-for-profit organizations or public institutions starting with the Jaycees and including Rotary; Lambda Chi Alpha Fraternity; Boy Scouts; The Presidents Club of Dayton as well as chairing the 1999 United Way campaign; over 30 years of service to the American Red Cross and as Dayton Chapter Chair. He is also active in Freemasonry, holding the honor of 33rd degree, and serves on the region’s Masonic Foundation. Phil has been honored for his community service over the years, including being named the region’s Citizen Legion of Honor recipient in 2016 and being inducted into the Business Hall of Fame in 2018.

Phil married his college sweetheart, Donna Steeley. They live in Beavercreek where Donna is an adjunct professor of education at the University of Dayton. They have two children, Natasha, (Mark) who is also a teacher in Beavercreek; and Matthew (Laura), a professional fly-fishing guide and General Manager of Sugar Creek Fly Shop. They have three grandchildren, Chloe Marie, Kennedy Lindsey and Violet Susette Nuttbrock.