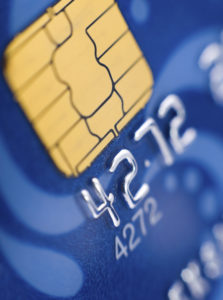 The rise of mobile payments, such as Apple Pay and Google Wallet, have set the stage for consumers to have an improved shopping experience when purchasing goods or services. With the influx of convenient payment methods, credit cards companies are continually taken to task on how to improve overall purchasing practices.

And the major credit card brands – Mastercard, Visa, American Express and Discover –  have found a way. These brands recently announced that this April, they will no longer require a signature on debit or credit card purchases, so buyers can have a fast and convenient shopping experience. This will also help reduce merchants’ operating expenses associated with retaining these signatures.

Here is a quick recap of the statements from the card networks according to creditcards.com:

In the past, signatures were perceived as an added layer of protection to prevent customers and merchants from fraudulent transactions. Initially, retail stores could use the signature on the receipt and match it to the signature on the back of the customer’s card, but merchants rarely do this making the need for a signature less impactful. Although it isn’t mandatory to collect a signature from a customer, merchants can still do so if they wish.

The need for signatures has also declined around the world due to many advancements in the payments industry such as contactless payment options, the global adoption of EMV chip technology and the ever-growing world of online commerce.  According to pymnts.com, in the two years since EMV chip cards launched in the United States, fraud at the physical point of sale has declined by 66 percent. This is attributed to the deployment of EMV technology at the in-store point of sale and consumers’ use of chip cards. Signatures as an added measure of authentication is unlikely to create risk for chip card transactions.

According to macrumors.com, credit card companies eliminating signatures for in-store transactions will not have any impact on customer security. In fact, security is better than ever due to the move towards a more digital payment world.

Both Merchants and Customers Are Okay with this Change

According to usatoday.com, Kirkpatrick says that “eliminating the need for signature is another step in the digital evolution of payments and payment security.”

Since security is not an issue, both merchants and customers are looking forward to saying goodbye to signatures. Payments will become easier and more convenient, checkout lines will move faster and merchants will be able to push more customers through lines in a timely manner. It’s a win-win for everyone.

Learn More About How This Change May Affect Your Business