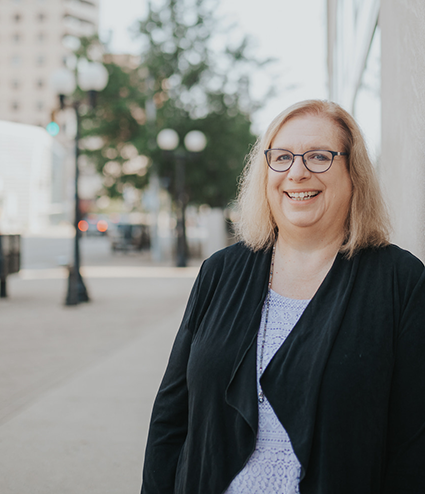 Linda Ashworth is Chief Operating Officer for the Dayton Area Chamber of Commerce in Dayton, Ohio, a position she has held since 2017.  Prior to 2017, she was the Chamber’s Vice President of Operations.   Since 2005, she was also served as Executive Director of the Chamber’s Education and Public Improvement (EPI) Foundation. Her responsibilities include all internal operations for the chamber and its Foundation, including all human resource functions, financial operations, membership services, workforce development and airport marketing efforts.

Before joining the chamber in 1994, Linda was a Manager, Audit Services for Deloitte & Touche, LLP from 1985-1994. She received her Bachelor of Science in Business Administration from Miami University with dual majors in accountancy and finance. She is a graduate of Leadership Dayton and the University of Dayton’s Emerging Leader Program and is a member of American Society of Association Executives and an Association of Chamber of Commerce Executives Education / Talent Division Fellow.

Ashworth is involved in numerous professional development and business-related organizations. She currently serves locally on the Workforce Investment Board of Montgomery County, the Business Advisory Council for Dayton Public Schools and the Executive Council of the Montgomery County Office of Re-entry, where she co-chairs the Employment Committee. Linda also serves  on the national Board of the Association of Chamber Commerce Executives as the chair of the Education / Talent Division. In addition, she was named a member of the The Dayton Business Journal’s “Forty under 40” in 1999.

As a volunteer, Ashworth is involved with the TWIGS Auxiliary of Dayton Children’s Hospital, Girls on the Run Dayton (Vice Chair, Board of Trustees) and Beta Sigma Phi of Dayton. She has previously  served as an officer on the Boards of Clothes That Work, Ronald McDonald House Charities of the Miami Valley, and the Humane Society of Greater Dayton.