DAYTON, Ohio (October 5, 2020) – The Dayton Area Chamber of Commerce has announced the promotion of Stephanie Keinath to the role of Vice President of Strategic Initiatives. Keinath has been with the chamber for 13 years and previously served as Director, Public Policy & Economic Development and Manager, Public 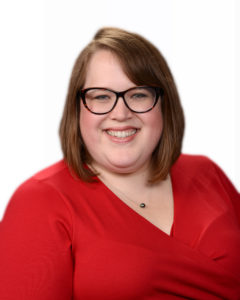 “Stephanie is an exceptional strategic leader who will help guide our business community through their continued evolution.” said Chris Kershner, president & CEO, Dayton Area Chamber of Commerce. “Stephanie has led the business community in the areas of public policy, women’s leadership and workforce, and I’m excited to expand her reach to support our employers.”

In her new role, Keinath will oversee the strategic operation of the chamber’s programming, including several brands that function under the chamber umbrella. These recognizable programs include Leadership Dayton, the Leadership Dayton Alumni Association, EMPOWER, the Executive Women’s Council, the Dayton/Miami Valley Safety Council, the Dayton Area Logistics Association, Generation Dayton, and more. Keinath will also manage member networking events for the chamber’s nearly 2,200 members as well as the organization’s advocacy efforts on public policy issues that affect the region’s business community.

“I’m so excited to do work that I deeply care about in the community I love. The challenges of these last several years have underscored the need for organizations like the Dayton Area Chamber to continue doing what we do best – supporting, connecting and growing our businesses and leaders across the community. I’m grateful for all the ways the DACC has invested in me over the course of my career, and eager to bring it to bear in this new role,” said Keinath.

In recent years, Keinath has grown her skills in education and workforce attraction and alignment, positioning herself as one of the leading experts in the nation on the role trade associations play in strengthening the talent pipeline from educational institutions to industry. In 2010 and 2011, Keinath was selected as a ‘Business Leads’ Fellow for the U.S. Chamber’s Institute for a Competitive Workforce. In 2019, she completed a year-long national fellowship focused on education and talent development, sponsored by the Association of Chamber of Commerce Executives. This year, Keinath was selected for the U.S Chamber of Commerce Business Leads Elite Fellowship Program, focused on leadership in education and workforce policy and programming. She also serves on the U.S Chamber’s Education, Employment & Training Committee.

Keinath already has a local reputation as a leader. She received the Better Business Bureau’s Women in Business Networking “25 Women to Watch” Award in 2017, and was chosen as a Dayton Business Journal’s ‘Forty Under 40’ Award Winner in 2011.

Keinath is a 2013 graduate of Leadership Dayton and is actively involved in the community, serving on the Welcome Dayton Committee. Stephanie also recently began serving as a trustee for Board of Directors of the National Aviation Heritage Area, and assumed the role of president of the board for The Contemporary Dayton in September 2020.

She and her husband Marcus reside in Washington Township.

About Dayton Area Chamber of Commerce