Kershner: Single-payer health care is not the answer

The idea of an American single-payer health care system has once again made its way to the political forefront.

Over the past decade, our country has seen monumental changes in its health care system and the current system is working to provide better health care to more people than ever before. Which is why we need to keep working to improve, not completely overhaul, how we cover and provide health care in this country. We should be working to strengthen the current system, rather than tearing it down. Despite heated political rhetoric, the majority of people are satisfied with employer-based coverage. 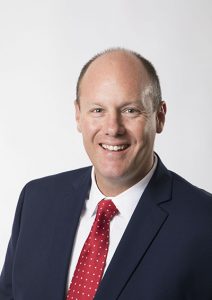 According to the Kaiser Family Foundation, 150 million people currently get insurance through their jobs, including more than half of Ohioans, and the vast majority are happy with their coverage. At the same time, most business owners are happy and proud to provide coverage for their employees.

Doing so helps them attract talented job candidates and provide further compensation to their workforce in an efficient way, as well as promote better health in their communities. Taking away this option through a single-payer approach would not relieve businesses from the burden of providing health insurance it would rob them of the opportunity to compete in the marketplace, provide a workforce benefit and do right by their communities.

Americans are accustomed to – and unlikely to be willing to part with – a certain level of flexibility and quality in terms of health care. This is unsurprising given that private insurance and our market-based system of coverage has helped people receive the highest quality care in the world. If you doubt me, just look at Canada, whose single-payer system is so esteemed by some south of their border.

The reality is that, in Canada, doctors regularly delay treatment for serious medical conditions, and wait times for specialist care after receiving referrals can last months.

Few Americans would tolerate such lesser quality of care, all while footing a larger bill through significantly higher tax burdens. Private competition in the American health care system is good, and helps control costs and increase quality for everyone.

From a practical standpoint, a complete overhaul of American health care – from employer-based coverage to a completely government-run system – is simply not possible. Nor should it be, given that the single-payer experiment would cost the U.S. an estimated $32 trillion over a decade.

Never in our history has a one-size-fits-all plan worked for Americans, who pride themselves on diversity, difference and personal freedom. A single-payer system is not the right diagnosis for the Dayton community, Ohio or the country. Americans deserve something better.

Chris Kershner is Executive Vice President of the Dayton Area Chamber of Commerce, representing more than 2,400 businesses in the greater Dayton region. Kershner has an extensive background in state, federal and municipal government. He resides in Springboro with his family.

Most business owners are happy and proud to provide coverage for their employees.

This op-ed appeared in the August 31, 2018 edition of the Dayton Daily News.