Last month, the U.S. Supreme Court sided with American Express (Amex) on upholding a provision in its contract that prohibits merchants from persuading shoppers to use credit cards with lower fees. In a 5-4 ruling, the court held that the company’s anti-steering provisions do not violate federal antitrust laws by restricting trades as many of the plaintiffs argued.

The case dates back to 2010, when former American Express chief executive Kenneth I. Chenault, decided to fight the U.S Department of Justice and 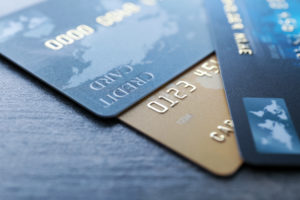 17 states when they sued Visa Inc., Mastercard Inc., and American Express over rules banning merchants from steering cardholders to cheaper forms of payment. While Visa and Mastercard were quick to settle with the plaintiffs and modify their rules, Chenault stated such rules were essential to American Express’ business model and chose the option of a time-consuming legal battle.

Eight years later, American Express has been victorious in their fight and can continue enforcing its anti-steering clause which does not allow merchants to try and persuade customers to pay with other credit cards.

“This was a long battle, but well worth the fight because important issues were at stake: consumer choice, fair market competition, and the ability to deliver innovative products and services to our customers, both consumers and merchants,” American Express chairman and CEO, Stephen Squeri, said in a statement.

Retailers pay fees when customers use credit cards. American Express charges higher fees than Visa or Mastercard and that gives merchants a reason to encourage customers to use other forms of card payment at checkout.

“Amex’s business model sometimes causes friction with merchants,” Justice Clarence Thomas wrote. “To maintain the loyalty of its cardholders, Amex must continually invest in its rewards program. But, to fund those investments, Amex must charge merchants higher fees than its rivals.”

With this ruling, businesses will no longer be allowed to persuade cardholders verbally or through discounts to use a less expensive credit card in place of American Express. But merchants have the option to not accept American Express cards at all, thus alleviating the higher fees, although it could result in alienating customers who are loyal to the American Express brand.

How Can You Reduce Your Cost to Accept American Express Cards?

In addition, American Express recently announced that they would lower the fees they charge retailers and merchants to process card payments. The new cuts for 2018 will make the merchant fees the lowest they have been in 20 years and are part of a recent push to make American Express cards more widely accepted by various locations.

Learn More About How We Can Lower Your American Express Fees:
Contact chamber partner Infintech online or call 1-800-621-8931.